In recent months, we've been keeping an eye on a few developing compliance stories. Here are some that could have the most impact on 2016 compliance.

We've been keeping an eye on industry news and regulatory guidance in order to identify any emerging trends. These compliance trends are still developing - so we'll be watching them closely for you.

Of course, previously identified regulatory priorities should also be noted. For example, based on regulator statements, we expect Redlining to be a major priority this year. Based on these stories and their implications, we'd like to draw your attention to the following areas of compliance, which will likely become influential and important in the coming years:

CFPB May Have Found A Way Around the Statute of Limitations

A controversial decision in a RESPA-related action against PHH Corp. in June 2015 is now influencing another action, this time against a payday lender. The Consumer Financial Protection Bureau (CFPB) alleges that Integrity Advance, a payday lender that offered its last loan in late 2012, violated UDAAP.

Last week, the Bureau said that their claims against the payday lender again aren’t restricted to the CFPA's 3-year statute of limitations, because they are again acting administratively rather than in a federal court. It's worth noting that different regulations have different statutes of limitation.

If this PHH decision holds - it’s currently in appeals - it could mean that the CFPB may begin to favor administrative action rather than pursue complaints in federal court.

TRUPOINT Viewpoint: If the CFPB is successful in continuing down this path, the statue of limitations as it relates to some regulations could become less definitive. In that event, your institution's historical performance and response to risks will become even more important. That means retrospective data analysis, risk analysis and complaint management may be more relevant.

UDAP and UDAAP are not new concepts, even though UDAAP presents new challenges. UDAP first appeared in FTC Act of 1938, which prohibited “unfair or deceptive acts or practices in or affecting commerce.” In 1985, Reg. AA, the Unfair and Deceptive Acts or Practices Act, was passed. Finally, UDAP became UDAAP in 2010, when the Dodd-Frank Act introduced the idea of “abusive.” The Dodd-Frank Act also provided more regulatory muscle: its passage authorized the Consumer Financial Protection Bureau (CFPB) to regulate both banks and non-bank lenders.

2015 saw the continued “UDAAPification” of RESPA with a consent order against New Day Financial last February. Please click here or the image at left to get a Free UDAAP Risk Assessment Info Kit.

We also offer UDAAP compliance training for institutions of all sizes.

Auto Lending in the Regulatory Spotlight Toyota's $22 million settlement earlier this week is the most recent in a series of regulatory actions against auto lenders.

Earlier this month, the Bureau finalized a $700,000 settlement with a "buy-here, pay-here" dealership for allegedly misleading marketing and advertising. The dealership advertised loans with a 9.99 percent APR, allegedly without disclosing hidden fees and finance costs that could total thousands.

Last June, the CFPB also expanded its supervisory authority to include larger non-bank auto finance companies. With this expansion, the Bureau is now able to oversee all activity for compliance with consumer protection regulations like Fair Lending, ECOA, UDAAP and more. 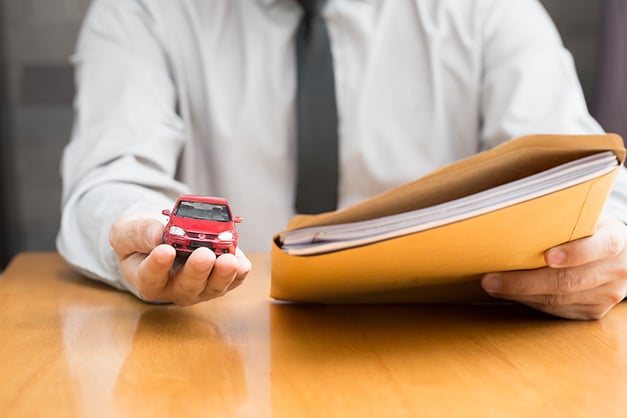 TRUPOINT Viewpoint: For indirect auto lenders, dealer discretion is a primary risk area. Sparked by either a complaint or a red flag identified by data analysis, the regulators are likely to focus on markups and discretion. If you are an indirect auto lender, you need to be analyzing your data for risk; if you're a larger lender, you may need to consider regression analysis. You'll also be expected to have the basics of a Fair Lending compliance program in place: a Fair Lending policy statement, an annual risk assessment, regular risk monitoring and a strong compliance management system.

If you'd like to learn more about how we help auto lenders improve compliance, please click here. We've worked with auto lenders across the country and would be glad to discuss your risks and needs.