The regulators continue to focus on Fair Lending as evidenced by 3 unique year-end settlements (all three taking place in the second half of December). Below are highlights from these settlements along with the 5 key industry messages that the regulators are telegraphing to lenders.  Is your financial institution's compliance program prepared comply with the telegraphed guidance? 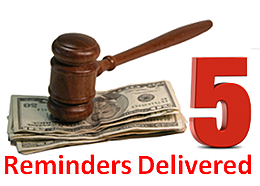 Three unique settlements in December underscore the fact that the regulators are still focusing on Fair Lending. These settlements provide five key compliance reminders.  Before we outline the five key industry messages, lets take a quick look at the three recent settlements:

Additional Insight from Claim: The allegation claimed that National City did not have objective criteria, or provide guidelines, instructions or procedures to be followed when setting price above or below “par” interest rates. In addition, National City did not require its loan officers to document the reasons for the overage/underage charge. Finally, the bank did not have a meaningful monitoring on race or national origin.

Claim: Claim brought forward by the US Department of Justice (DOJ) and the Consumer Financial Protection Bureau (CFPB).

Allegation: The allegation claimed that Detroit-based Ally Financial Inc. and Ally Bank engaged in discrimination against 235,000 African-American, Hispanic and Asian/Pacific Islander borrowers in their auto lending since April 1, 2011.

Background:  Ally makes most of its loans through 12,000+ car dealers nationwide who help their customers pay for a new or used car by submitting the customer application to Ally (indirect auto lending). Ally’s business practice, like most other major auto lenders, allows car dealers discretion to vary a loan’s interest rate from the price Ally initially sets based on the borrower’s objective credit-related factors.  Dealers receive greater payments from Ally on loans that include a higher interest rate markup. The coordinated investigations by the DOJ and the CFPB determined this system of subjective and unguided pricing discretion directly results in Ally’s qualified African-American, Hispanic and Asian/Pacific Islander borrowers paying more than qualified non-Hispanic white borrowers.

Additional Insight from Claim: The allegation claimed that Ally was giving dealers discretion to vary a loan’s interest rate, gave greater payments on loans with higher interest rates, did not sufficiently monitor its interest rate markups for discrimination, and the dealers were not required to document their markup decisions.

Additional Insight from Claim: The allegation claimed that the Bank did not have written defined pricing guidelines or specific policies related to loan pricing of unsecured consumer loans. It also stated that the Bank did not use a uniform pricing system such as a rate sheet, and that loan officers had broad subjective discretion to set interest rates on unsecured loans.

The 5 Industry Messages Telegraphed by the Regulators with these Settlements

TRUPOINT Viewpoint: Fair Lending compliance is a team sport!  As you look to champion your firm's success in 2014, your entire management team should be aware of these end of year messages the regulators have telegraphed.

TRUPOINT Partners wishes you a successful and compliant 2014.