What is A Real-World Example of Fair Lending Discrimination?

What is A Real-World Example of Fair Lending Discrimination?

When news of a settlement, enforcement action, civil money penalty or other regulatory news breaks, it provides a valuable opportunity to learn. In particular, it provides a good chance to see the potential impacts of fair lending risks and violations.

In this post, you'll learn 3 real-world examples of discrimination, and how they can impact your company's reputation. Discriminatory policies, procedures and practices can negatively impact financial institutions' fair lending compliance. By exploring three recent settlements, enforcement actions and other regulatory news, we can learn more about the challenges of managing those risks, how to avoid them, and even the potential impacts to a financial institution.

As we'll show in more detail below, risk of each type of discrimination can be identified using fair lending data analysis and risk assessments. Read on to learn 3 real-world examples of fair lending discrimination, the potential repercussions, and how to avoid them.

A credit union in Denver was sued in April 2017 for allegedly discriminating against potential borrowers on the basis of sex or familial status, which is prohibited by the Fair Housing Act. The lawsuit is still pending investigation. It was filed by a community organization, the Denver Metro Fair Housing Center. Bellco Credit Union denies the allegations and has publicly reaffirmed its commitment to fair lending.

"For more than 80 years, Bellco has served as a trusted partner to our members in this community," the credit union said in a statement. "Bellco has never knowingly engaged in any discriminatory lending practices of any kind. In particular, Bellco’s policies forbid any kind of discrimination based on the sex or familial status of applicants, including pregnancy and maternity leave." In the lawsuit, DMFHC claimed that they tested the credit union by having five similarly situated women, three of whom claimed to be on or about to start maternity leave, call about a mortgage loan. The DMFHC reported that those three women were told by loan representatives that they would have to return to work and provide proof of one month's pay to close on a home. According to the lawsuit, the woman claimed to have alternate incomes from their husbands, sufficient savings, and/or paid maternity leave. No applications were taken.

Lawsuits, even ones pending investigation, can damage your reputation through critical press coverage, word-of-mouth and more. In addition, it can be costly with legal fees and investigations.

While this story is still developing, it provides a valuable opportunity to learn more about maternity leave-based fair lending discrimination, and how to avoid it.

HUD has provided valuable information about what lenders can require as it relates to maternity leave. HUD's Federal Housing Administration required approved lenders to review borrowers' income to determine if they can be reasonably expected to continue paying their mortgage. However, lenders may not ask about future maternity leave.

If a borrower is on maternity leave or short-term disability leave during closing, lenders must document:

"Borrowers scheduled to be on leave at the time the first mortgage payment is due may rely upon any combination of income received during leave or liquid assets not otherwise required for the loan to meet the underwriting standards," HUD said. 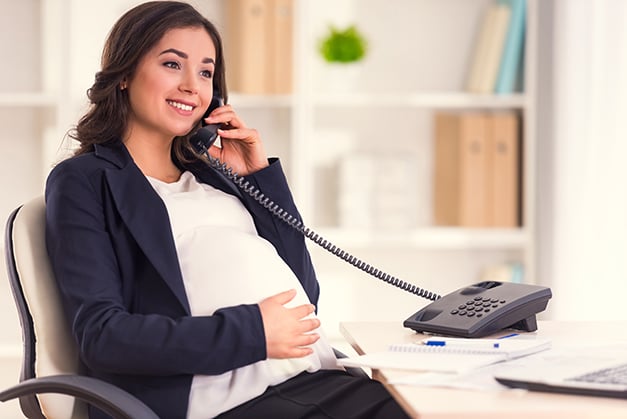 Given this guidance, financial institutions may want to consider re-evaluating their policies, procedures and practices to ensure that all employees are aware of how to handle mortgage loan applicants for individuals that are on or about to start maternity leave. Familial status, which includes pregnancy, is a fair lending prohibited basis, upon which lenders cannot deny or delay a loan.

JPMorgan Chase recently reached a $53M settlement with the DOJ, who alleged that the bank was recklessly disregarding the rights of at least 53,000 African-American and Hispanic borrowers. They were accused of willfully violating the Fair Housing Act and the Equal Credit Opportunity Act (Reg. B) between 2006 and 2009.

Based on the information provided, the DOJ alleged that JPMorgan Chase failed to catch a disparate impact affecting a group of their customers due to a lack of monitoring and loan file reviews.

The alleged discrimination involved the wholesale department, which ran a partnership with thousands of independent mortgage brokers who originated loans across the US. The crux of the civil money penalty is that JPMorgan allegedly allowed the brokers too much discretion without any active monitoring of their activities. The bank was willfully blind to the practices of the third parties with which they worked. JPMorgan's lack of monitoring, testing and file reviews resulted in them not knowing that minorities were charged more for home loans than white borrowers with the same credit profile.

In addition, the bank did not require their partners to document reasons for different rates, which allowed racial discrimination to continue.

Elizabeth Seymor, spokeswoman for JPMorgan Chase "has denied any wrong-doing and, as always, remain committed to providing equal access to credit."

Here are three key lessons that are highlighted by this settlement:

No matter what size your institution, or your industry, the three lessons above are important to consider. The fair lending risks you manage - and don't manage - today can impact your financial institution's reputation and profitability many years later.

In early May 2017, the Supreme Court ruled that cities have the right to bring suit against banks for alleged discriminatory mortgage lending if the city can prove direct harm. Philadelphia is one of the first cities to test this.

The city of Philadephia announced in mid-May that they were suing Wells Fargo for predatory lending, which violates the federal Fair Housing Act.

In the announcement, Philadelphia claims that since 2004, Wells Fargo steered Latino and African-American borrowers toward high-cost or high-risk loans, even when their credit would have qualified them for lower-cost or lower-risk loans. This alleged discrimination caused many minority borrowers to default.

This lawsuit is still pending litigation. According to the city:

"The Complaint also alleges that Wells Fargo was aware and, in fact, incentivized the marketing of the high-cost or high-risk loans to minorities. The incentivized loans included 'lender credit' loans that involve the Bank paying the borrower’s closing costs in exchange for receiving a loan with a higher interest rate. The borrower has to continue to pay the higher interest rate long after the ‘lender credits’ have been repaid, generating additional revenue for the Bank with no additional benefits for the borrower."

“Wells Fargo has been a part of the Philadelphia community for more than 140 years and we will vigorously defend our record as a fair and responsible lender,” a Wells Fargo spokesperson said to HousingWire. “We will continue to focus on helping customers in Philadelphia and its surrounding communities succeed financially, and on expanding homeownership in Pennsylvania and across the United States.”

In addition, the city of Philadelphia claims in their announcement that the bank's lending practices had a "disparate impact on minority borrowers in Philadelphia," such as:

Disparate impact is a challenge to prove in court. Without more information, we'd like to reiterate that the city is claiming disparate impact, but it has not been proven.

The impact of this kind of lawsuit, even though it's still in litigation, once again shows a reputational impact. This is not the only city to be pursuing this kind of legal action against Wells Fargo; Miami also recently filed a lawsuit. However, the city is seeking monetary damages and compensation for non-economic injuries.

How to Identify and Proactively Manage Discrimination Risk

Analyzing your data for disparities that may indicate discrimination will help improve your fair lending compliance risk management.

When you analyze your data, expect to see some disparities - all institutions have them. However, knowing what they are and what they mean will positively aid your institution. To understand them and the risks they may pose, ask the following questions:

With data analysis, you will be better able to understand your disparities and take proactive steps to mitigate the risk of any discrimination. 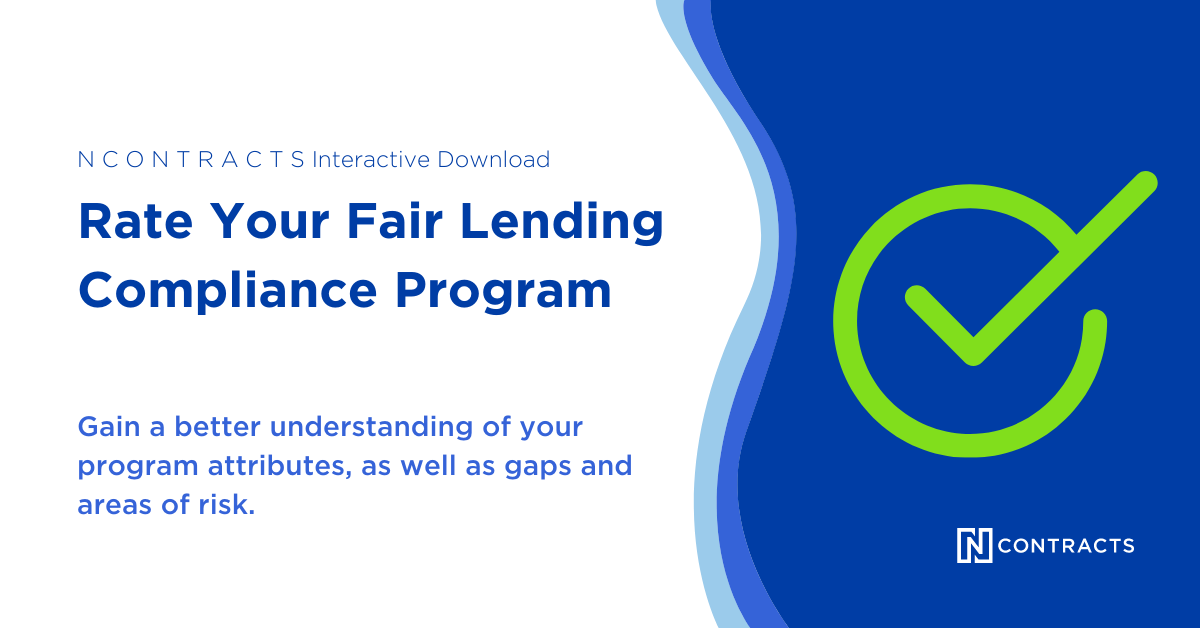