Risk Assessing Overdraft Programs: Is the Fee Income Worth the Risk?

Risk Assessing Overdraft Programs: Is the Fee Income Worth the Risk?

Overdraft income is under the regulators’ microscope. Overdraft and non-sufficient funds (NSF) revenue was estimated to cost consumers more than $15 billion in 2019, according to the Consumer Financial Protection Bureau (CFPB), raising concerns that a practice that financial institutions promote as a service is actually harming customers.

From the Consumer Financial Protection Bureau (CFPB) to the National Credit Union Administration (NCUA), the regulatory agencies have announced their intentions to take a closer look at overdraft fees, and many of the U.S.’s largest banks are responding by eliminating overdraft fees. In their place, many are offering more cost-effective small dollar loans and early access to directly deposited paychecks.

What the agencies are saying about overdraft

NCUA: NCUA Chairman Todd Harper said that credit unions should be “assessing the risk of continuing, changing or discontinuing their overdraft programs.” The NCUA is currently collecting data it will use to more fully review credit union overdraft practices in 2023.

OCC: Acting OCC Chairman Hsu said in a speech in March that “You don’t want to be the last bank that still has a traditional overdraft program.”

CFPB: The CFPB warned that it will be “enhancing its supervisory and enforcement scrutiny of banks that are heavily dependent on overdraft fees.”

FDIC: The FDIC recently identified overdraft and NSF issues in its exam findings.

Financial institutions should be taking advantage of advance notice of increased scrutiny to conduct a risk assessment of their overdraft programs.

Banks and credit unions must weigh the compliance and reputation risk against eliminating a significant source of revenue that some studies say is a significant consumer benefit. (A recent ABA survey suggests that three in four consumers preferred overdrafting their account to having a payment returned or declined.)

Wondering how to balance the potential risk and rewards of overdraft protection programs? Here are some of the questions your institution should be asking:

How dependent is your institution on overdraft fees?

The CFPB estimates that overdraft and NSF fees make up as much as two-thirds of fee income at banks  while the NCUA attributes one quarter of credit union fee income to overdrafts.

Does your current level of fee income appear at odds with consumer-friendly behavior? How would eliminating overdraft income impact your bottom line? How would you make up for the lost income?

Has your financial organization provided “clear and conspicuous” information about changes to your overdraft program?

The FDIC has noticed that some banks provide notice when customers first opt into overdraft programs, but don’t provide sufficient notice when the program changes. Is your institution updating disclosures for new and existing customers when the program changes? Is staff trained in how to explain the changes and answer questions about overdraft? What’s the process for these updates?

Does your institution use static or dynamic limits?

The FDIC reported in its Spring 2022 Supervisory Insights that several financial institutions changed their automated overdraft protection program from a static limit (a fixed limit) to a dynamic limit (a variable limit often calculated by algorithm) and didn’t adequately disclose the change to consumers. Some provided no information at all. The FDIC concluded that the lack of information endangered customers because they no longer had the information they needed to avoid fees.

Has your institution provided adequate disclosures to consumers when it comes to overdraft protection program limits? If using a dynamic approach, are consumers able to easily understand how and how often their limit will change or is it likely they will be confused? Is there a way to communicate this information clearly, or does it make sense to use a static limit?

Does your overdraft program charge for re-presentment?

The FDIC says consumers are harmed when they are charged multiple fees for re-presentment of an unpaid transaction and that these fees aren’t always made clear in disclosures. If your disclosures say NSF fees are charged “per transaction” or “per item” without specifying that same transaction can cost a consumer multiple NSF fees when re-presented, it may violate Section 5 of the Federal Trade Commission (FTC) Act. The FDIC advises eliminating this practice.

Review policies, procedures, and disclosures for re-presentment and overdraft. Are they consumer friendly? Do they create a tangible benefit for consumers? In the case of disclosures, are they clear and easy to understand?

Is use of overdraft protection increasing?

Almost one fifth of bank and credit union accountholders report overdrafting in December 2021, up from 14 percent in August 2021, according to a Morning Consult poll. While this figure can vary based on the time of year and other seasonal trends, it’s worth checking in to see if overdraft is on the rise at your financial institution. It could signal a problem.

For example, buy now, pay later short-term loans at the point of sale (POS) are increasingly popular, with payment volume expected to grow 67 percent in 2022. One common complaint with this product (and the subject of a potential class action lawsuit) is that this product often causes consumers to overdraw on their bank accounts due to confusing repayment schedules. If buy now, pay later products are increasing overdraft activity for certain accounts, it could be a problem.

Is your institution paying attention to its overdraft program and its trends? Is it tracking consumers that heavily use the program? Are there trends that suggest changes should be made to protect consumers from overdraft fees?

Are a few consumers paying a disproportionate amount of overdraft fees?

Just 18 percent of account holders pay 91 percent of all overdraft fees, according to research from The Pew Charitable Trusts. Does that trend hold true for your financial institution?

If so, is using overdraft protection as an extremely high-cost credit tool in the best interest of those customers? Do consumers really understand the consequences? Are the fees a mild nuisance affecting mostly high-income customers who manage their money a little too casually or a burden on mostly lower-income customers that are struggling financially? Would it be more consumer friendly to offer alternative small-dollar loans at more reasonable rates? Can you justify the status quo?

The benefits of a good overdraft program risk assessment

Asking these and other questions to understand the potential risks of your existing overdraft program is a smart idea. It’s the first step in the risk assessment process and part of the ongoing risk management necessary across an institution.

Risk assessments like these allow your institution to identify issues that could be viewed as unfriendly to consumers. That gives you the opportunity to identify new controls or even new products and services that could make it easier for consumers to manage their money while developing alternative sources of fee income.

It also gives your institution the data it needs to potentially defend your program to examiners. You can demonstrate that your institution is working proactively to ensure that your overdraft program is a benefit to consumers and that you have the information to back up those claims. Or it can show that you identified a concern and are taking steps to promptly address it.

Don’t wait for examiners to dig into your overdraft program. Make sure your institution is regularly risk assessing its overdraft program (especially when changes are made) so that it can decide whether it still is worthwhile in an environment when many other institutions are getting rid of theirs. 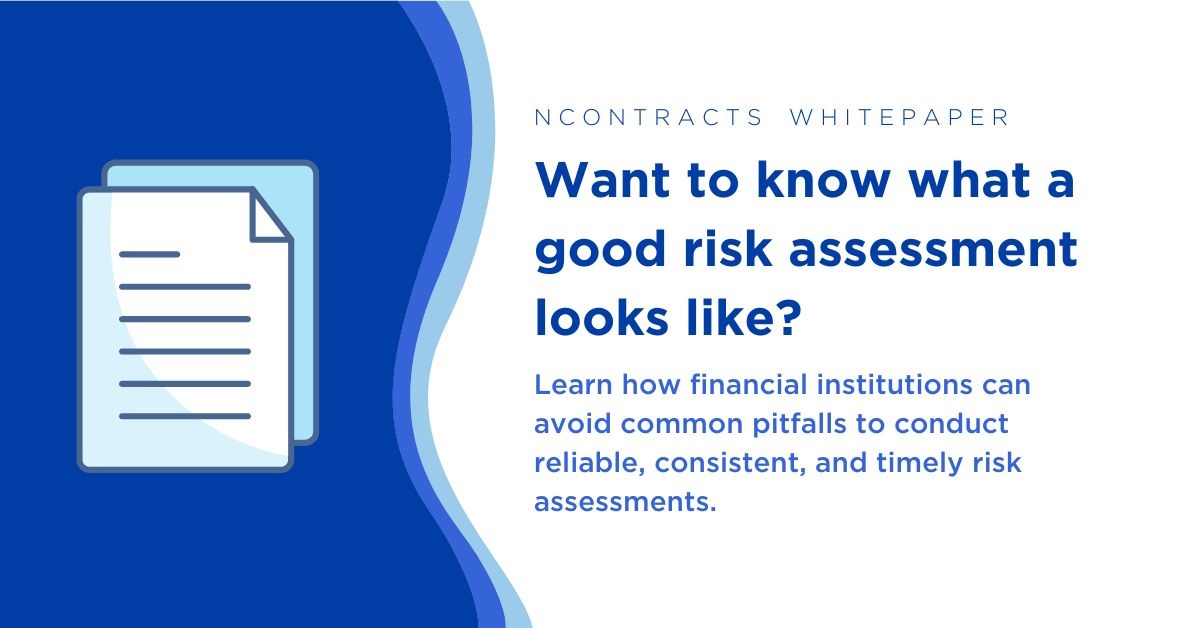