The Cost of Compliance in 2021

The Cost of Compliance in 2021

Compliance isn’t cheap—but how much is it really costing the financial services industry and financial institutions like yours?

We’ve dug into the data on compliance costs to uncover the latest trends in spending, from where the money is going to how it’s impacting potential mergers and acquisitions. We’ll also see that while compliance spending appears to have finally leveled off, the legacy of the Dodd-Frank Act of 2010 remains a major influence on compliance spending.

Before we begin, one final note: These figures do not include the more than $300 billion financial institutions have spent on settlements, enforcement actions, and fines since 2008.

Another 15.9 percent said complying with regulations is one of their bank’s greatest business challenges in 2021.

About a third (34 percent) of financial institutions used a portion of their budget to outsource compliance functionalities in 2020, up from 28 percent in 2019, according to the Thompson Reuters Cost of Compliance Report 2020. Reasons for outsourcing include the need for additional assurance on compliance processes (54 percent), cost (43 percent), and lack of in-house compliance skills (34 percent).

Breaking down the compliance budget

How much budget is allocated to compliance?

Compliance takes up a significant chunk (10.3 percent) of a financial institution’s personnel expenses, including salary and benefits, according to Community Banking in the 21st Century 2020, sponsored by the Federal Reserve, Conference of State Bank Supervisors, and the Federal Deposit Insurance Corporation (FDIC). 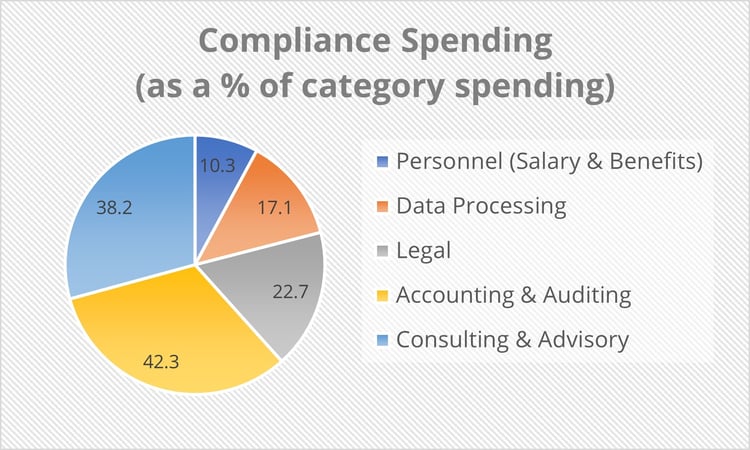 While these figures have held steady over the past few years, they are a substantial increase over pre-Dodd-Frank compliance spending. A recent analysis found an annual $64.5 billion increase in total non-interest expenses after 2010. Large banks spent an additional $12.4 billion per year on legal fees and $7 billion on data processing. Small banks spent almost $1 billion more per year on legal fees, $310 million on data processing, $70 million on auditing, and $110 million on consulting, according to Rice University’s Baker Institute for Public Policy.

A S&P Global Market Intelligence survey of banks and credit unions found that 49 percent report compliance costs have risen 20 percent or more over the last 10 years.

It’s no secret that many financial institutions are looking to acquire or be acquired. The cost of complying with regulations is a significant factor in these decisions (62.1 percent), according to the Community Banking in the 21st Century survey.

When deciding whether to seriously consider an acquisition offer, 38.9 percent of banks said the cost of regulatory compliance was “important” and another 22.2 percent said it was “very important.”

Does the cost of compliance seem high to you? Just wait until next week! You’ll discover the real cost when we’ll dig into the cost of non-compliance. Get ready to see some big, scary numbers that will show you why compliance is worth the spend. 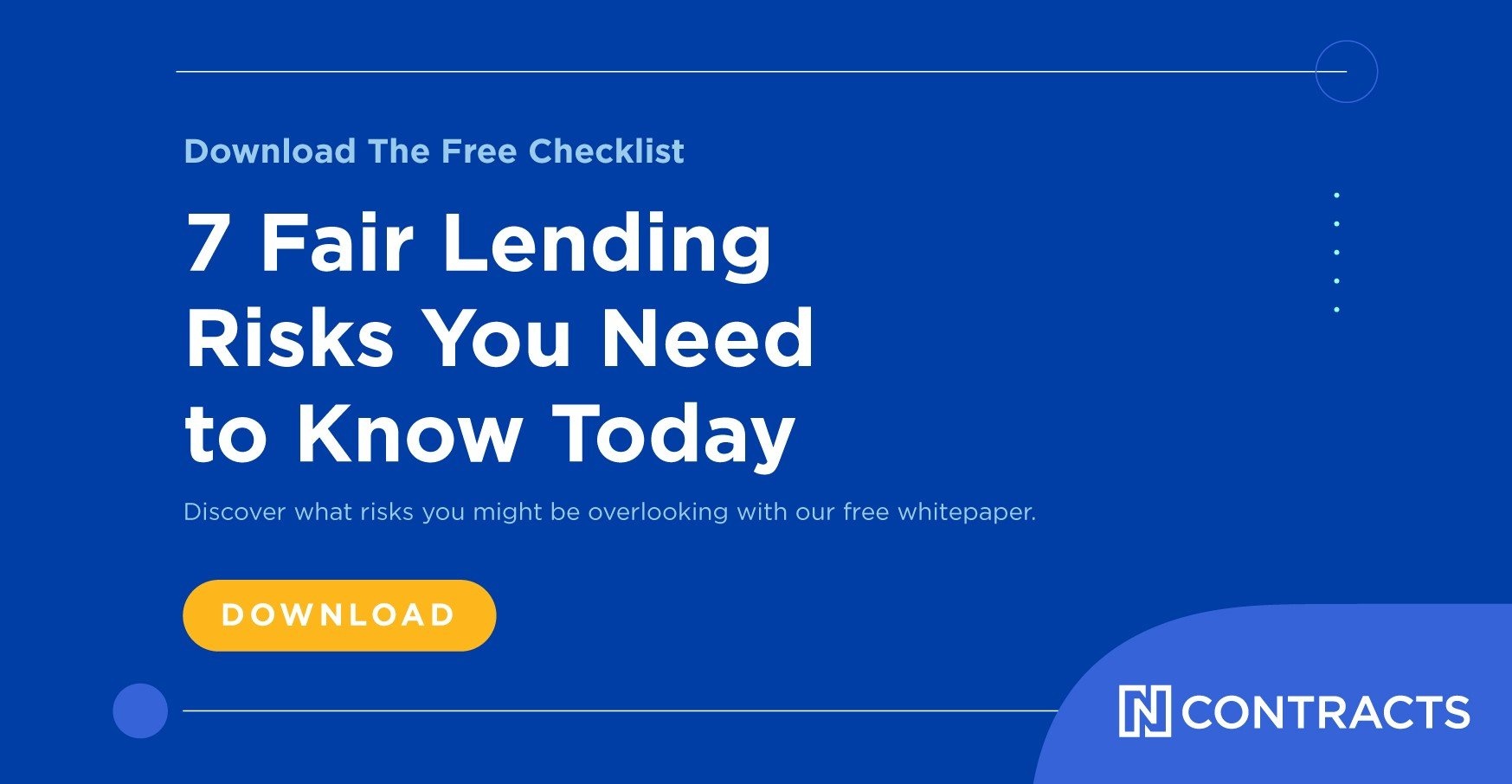