The regulatory agencies have been warning for months that they intend to take a tough stance against fair lending violations—and as of October 22, 2021, they have taken action in a huge way.

The Consumer Financial Protection Bureau (CFPB) and Justice Department, with the cooperation of the Office of the Comptroller of the Currency (OCC), have filed a lawsuit against a Trustmark National Bank, a $17 billion-asset bank based in Jackson, Miss., alleging redlining in majority Black and Hispanic neighborhoods in the Memphis, Tenn., area.

The bank is accused of violating the Fair Housing Act (FHA), the Equal Credit Opportunity Act (ECOA), and the Consumer Financial Protection Act of 2010 by deliberately avoiding marketing, offering, or originating mortgage loans to consumers for properties located in in majority minority areas between 2014 and 2018.

The proposed consent order would require the bank to invest $3.85 million in a subsidy program for borrowers in these neighborhoods and pay a $5 million civil money penalty. Additionally, they must open new branches in majority Black and Hispanic neighborhoods and invest $200,000 in targeted advertising for mortgage loans in these communities.

In announcing the proposed settlement, the Justice Department took a hardline against redlining and other fair lending violations, announcing a new Combatting Redlining initiative.

“Today, we are committing ourselves to addressing modern-day redlining by making far more robust use of our fair lending authorities,” said Attorney General Merrick Garland in a press release. “We will spare no resource to ensure that federal fair lending laws are vigorously enforced and that financial institutions provide equal opportunity for every American to obtain credit.”

The anti-redlining initiative will be led by the Civil Rights Division’s Housing and Civil Enforcement Section in partnership with U.S. Attorney’s Offices. This initiative will:

Trustmark’s problems began with a fair lending exam focused on redlining. The OCC analyzed the bank’s data and determined that the bank had structured its operations to avoid lending in Black and Hispanic census tracks, the suit says.

HMDA data shows that Trustmark fell short of its peers when it came to mortgage lending in majority Black and Hispanic census tracks in the Memphis area. According to the suit:

Related: 7 Ways to Analyze Your Data for Redlining Compliance Risk

The OCC reported its findings to the Justice Department and the CFPB.

Several factors contributed to the accusations of redlining, according to the CFPB and DOJ. This included discouraging potential applicants with acts and practices such as:

In addition to the fair lending impact, consider what this type of practice would do to the bank’s CRA performance. See: 8 Steps to a Successful Community Reinvestment Act Compliance Strategy

Inadequate fair lending monitoring also contributed to the alleged redlining. Until 2018, Trustmark had failed to:

“Trustmark’s policies and practices were intended to deny, and had the effect of denying, equal access to home loans to residents of majority-Black and Hispanic communities and those seeking credit for properties located in those communities,” the suit alleges.

The CFPB & DOJ’s redlining suit has a lot of lesson for institutions concerned about preventing redlining and fair lending violations.

1. Fair lending enforcement is heating up (including for mortgage companies). We’ve heard it from the banking regulatory agencies for months, but now the Justice Department is just as focused. That’s more resources dedicated to identifying and eliminating redlining—and holding institutions accountable. Redlining has always been a hot button issue, but now it’s elevated even further.

2. Examiners are no longer just focused exam cycle to exam cycle. Do you remember what your institution was doing back in 2014? It may seem like a long time ago, but it’s still in the purview of examiners and the agencies. When examiners encounter an issue, they aren’t content to just look at the year where they encounter the problem. They are prepared to dig deep into previous years to understand the depth and breadth of the problem. The old way of an exam is a thing of the past.  Make sure you understand your historical data landscape.  Be prepared to show proactive change.

3. Fair lending risk assessment are a thing! Your FI can’t mitigate risk if it hasn’t been identified.  The age old saying, “a risk assessment is not required,” is outdated.  If you have not done the work to understand the risks and where they are coming from, your program will be weak because you will not have the proper tools to mitigate those risks.

5. Analyze your data to correct issues before somebody else does. Make sure your FI is looking at data (past and present) to ensure fair lending compliance, including fair lending data analytics, to identify disparities. The sooner a problem is identified, the quicker it can be corrected—and the less likely you are to have retroactive problems.

Some institutions believe keeping a blind eye to data protects them from repercussions. This is absolutely false. Plausible deniability is not a risk management strategy. 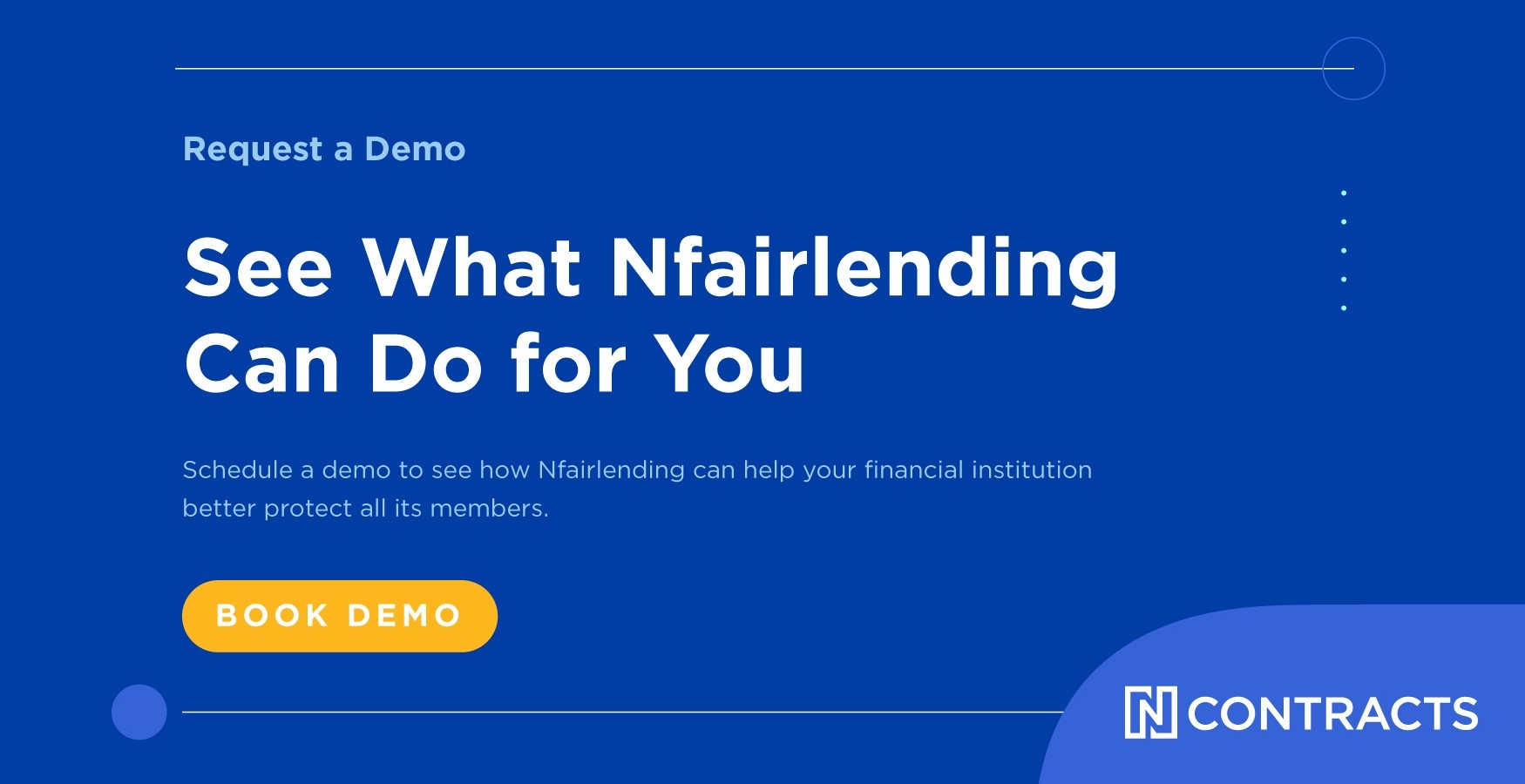