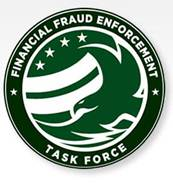 According to Mr. Perez’s speech, the SunTrust case involved prime loans and borrowers who were subject to pricing discrimination.  Minorities, he said, “paid what amounted to a racial surtax.”

SunTrust had objective criteria to set prices, but allowed its loan officers and brokers to alter those prices without regard to borrower risk.  The government alleged the following:

Mr. Perez commended SunTrust, saying the bank took actions to implement “strong fair lending practices…even before they knew the full results of our investigation.”  The day before the announcement of the settlement, SunTrust disclosed that David Stevens, the current chief executive of the Mortgage Bankers Association and a former top housing advisor in the Obama administration, will assume SunTrust Mortgage’s chief executive position in mid-July.

TRUPOINT Viewpoint:  The “Double D” of discretion and disparities continues to be a point of focus with regulators. When you have the combination of loan officer discretion AND disparities (comparing prohibited basis groups to similarly-situated white borrowers), you have the basic recipe for in-depth regulator review.

Despite employing an “objective credit related criteria,” when you combine loan officer discretion and pricing disparities with loan officer incentives, lack of documentation and a lack of monitoring, it can result in a costly settlement.

TRUPOINT Partners can help financial institutions efficiently deal with consumer compliance challenges of Fair Lending, CRA and HMDA.  Performing risk assessments, analyzing your data, and having plans to address areas of high risk can help protect your institution against the risk of unfair lending practices.  Simply stated, it is best that you know your story with the supporting numbers in advance of any compliance exam.