Maternity leave is one area that the US Department of Housing and Urban Development (HUD) continues to aggressively regulate. They take action against lenders who refuse to make loans to otherwise qualified women merely because they are pregnant or on maternity leave. Are you properly managing Fair Lending Risks associated with Maternity Leave? We'll analyze 5 recent settlements to provide 7 risk mitigation strategies and 1 critical lesson. 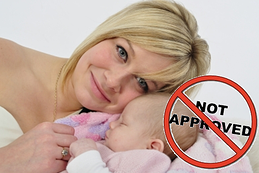 The Fair Housing Act (FHA) prohibits discrimination in the sale, rental and financing of dwellings, and in other housing-related transactions, based on sex, race, color, national origin, religion familial status, or disability.  HUD’s Office of Fair Housing and Equal Opportunity and its partners in the Fair Housing Assistance Program investigate almost 10,000 housing discrimination complaints each year.

In the last 12 months, there have been several maternity leave settlements that have been released by the HUD. Below is a quick synopsis of the various settlements along with a quick overview of how you can mitigate the risk.

Concerned about your institution?  Are you compliant?  Click here for a FREE Fair Lending Risk review.

The Fair Housing act makes it illegal to discriminate because of familial status in the sale, rental, or financing of dwellings, and in other housing-related transactions. Familial status covers the following:

Examples of discrimination include:

The bottom line: The cases above collectively and consistently highlight the importance of having updated policies AND effective employee training.

Here are 7 ways a lender may mitigate its fair lending risk associated with Maternity Leave:

TRUPOINT Viewpoint: All it takes is one errant conversation or decision to create problematic Fair Lending risk. Therefore, employee training and management reinforcement is the most critical part of policy execution - particularly in complex areas like maternity leave.

There are many risk areas, so it's critical that you understand your risk. TRUPOINT Partners can help you develop the right policies and deliver memorable training.

previous 3.5 Questions for Your Compliance Policy Change: Are you a Maverick?

next 7 Levels of Fair Lending Training Success - How Do You Compare?

4 Ways to Relieve the Stress of Being a Compliance Officer